The Women’s Centennial Commission just posted a blog piece I wrote for them, about the backstory to how women won the right to vote. Check it out here. 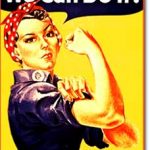 The other day my sister suggested that the United States has not faced a crisis as challenging as the fight against the Corona virus since World War II. There are differences of course, most likely of timing — I believe we will beat the curve of COVID19 within months rather than years — but there […] 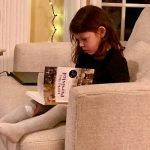 In its current issue, Time Magazine celebrates 1920 as the year of the suffragists. In the story, the magazine talks about Carrie Chapman Catt, leader of the mainstream two-million-strong National American Woman Suffrage Association, and Alice Paul, the radical activist who headed the much smaller National Women’s Party. Here is what Time wrote: “Catt opted […]

As we mark Women’s History Month during this centennial year commemorating the 19th Amendment, I have been thinking about the women whose stories animate my new book, And Yet They Persisted: How American Women Won the Right to Vote. People like Abigail Adams, who warned her husband in 1776 to “remember the ladies” in writing […]