You are here: Home / Library / And Yet They Persisted: How American Women Won The Right To Vote 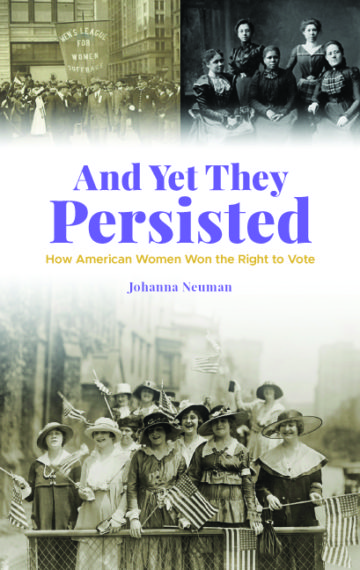 How Women Won the Vote: The Long History is a gripping story of female activism. Most historians begin the story in 1848, when Elizabeth Cady Stanton first stood in public at a women’s rights convention in Seneca Falls, N.Y. and demanded the right to vote, and end the story in 1920, when Tennessee became the 36th state to ratify the 19th Amendment. How Women Won the Vote expands our understanding of that history, positioning its origins with the revolutionary fervor in the 1770s and its final triumph two centuries later, when African-American women in the South had to fight Jim Crow laws to win right to vote. For two centuries, in petitions and parades, with warring tactics and diverse motives, women fought for and won this precious badge of equal citizenship. They voted in the 1770s, launched petition drives in the 1830s, attended suffrage conventions in the 1850s, and strategized to win victories in the states beginning in the 1870s. They lobbied Congress in the 1910s to enact the Nineteenth Amendment and galvanized public opinion around a Voting Rights Act in 1965. Together, they won the vote, against all odds.