You are here: Home / Library / Meryl Streep’s ‘rebel and a slave’ flap is a matter of historical perspective, not insensitivity 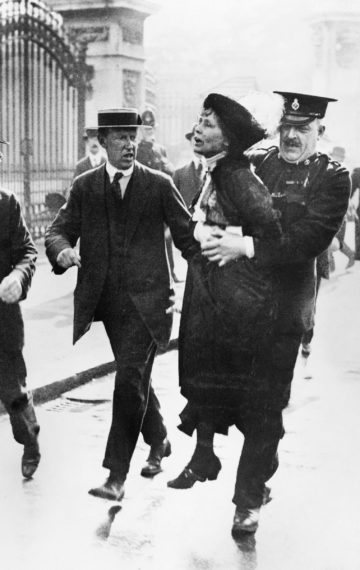 The line … that so offended so many is a choice of perspective, not a sin.

British suffragette Emmeline Pankhurst was, to put it kindly, a rebel. Some, not so kindly, have called her a terrorist. On her watch, members of the Women’s Social and Political Union in England threw rocks at 10 Downing Street, set fire to post boxes, smashed windows in Knightsbridge’s luxurious shops, treated golf courses with acid, damaged the painting “Rokeby Venus” by Velasquez, bombed Prime Minister David Lloyd George’s house and started a fire at the orchid house in Kew Gardens. A single-issue reformer, Pankhurst was, with her daughter Christabel, given to provoking violence, declaring at a speech at the Royal Albert Hall in 1912, “I incite this meeting to rebellion.”
[read more]